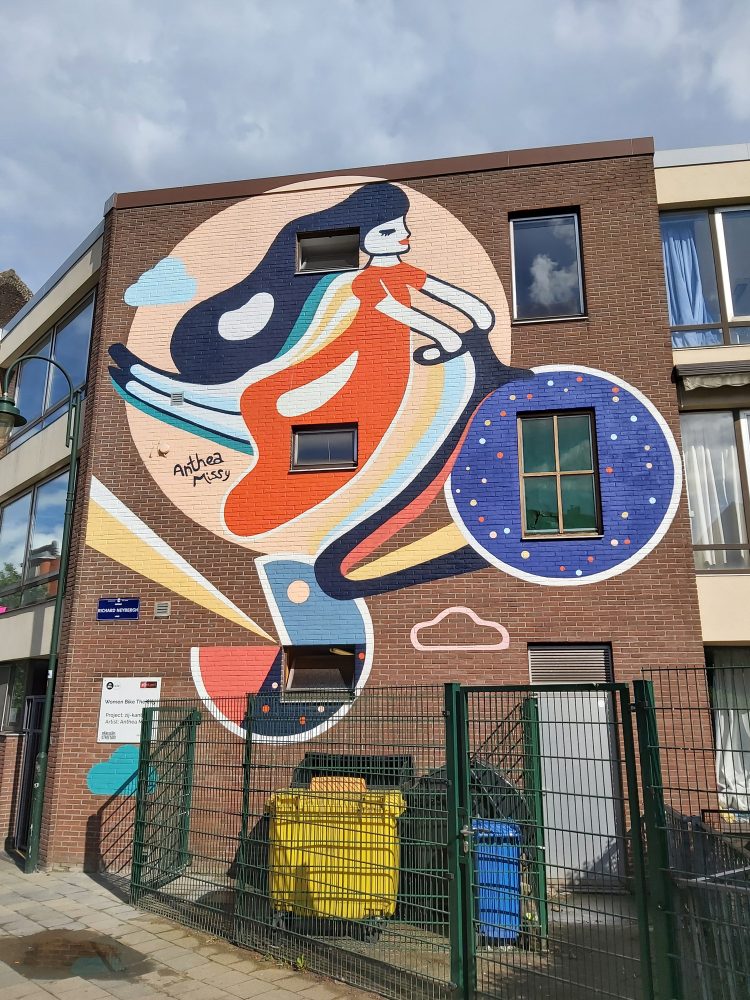 Fancy an adventure in your own city? With this last Bike Route of the summer, that's possible! During this cycling excursion, you will rediscover the port of Brussels where no fewer than 300 companies operate. The route starts at the entrance to Tour & Taxis, passing Park L28, Place Emile Bockstaelplein/Bockstaelplein and the Monument to Labour on the way. There’s plenty to see! 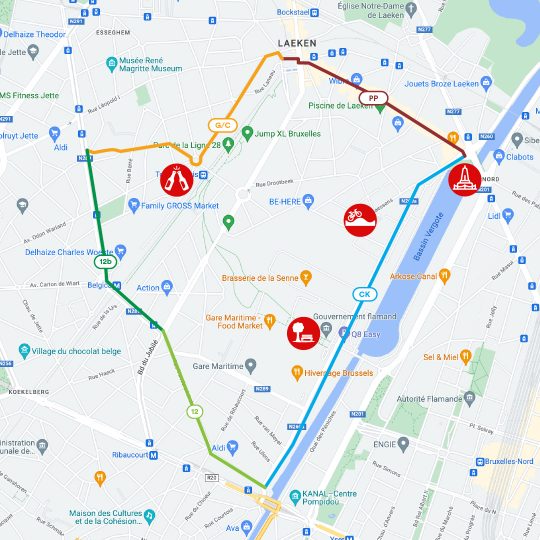 We start at the entrance to Tour & Taxis, following the blue route until just before Sainctelette.
Turn right here, towards Rue de l'Intendant/Opzichterstraat (olive green route).
Then follow route 12B to Belgica and turn right at the church (G/C yellow route).
Continue to Bockstael PP (brown route) and follow Rue Marie-Christine/Maria-Christinastraat until you reach the Troozbrug or Au bord de l'eau.
Then cycle down Avenue du Port/Havenlaan until you reach the entrance to Tour & Taxis once again.

Over the past ten years, this former freight station has been given a serious makeover. And each building is well worth a visit! On the left you have the Royal Depot (with offices, a hammam, restaurants and designer stores), the sheds (with exhibitions and a circus school) and the Gare Maritime (with a food market). On the right you will find the Herman Teirlinck building (Flemish government), the Bruudruuster (Brussels Environment department) and further on Brasserie de la Senne. Sounds great, right?

On the other side of Avenue du Port/Havenlaan you will find Allée du Kaai, a free zone for graffiti and youth culture. It's the perfect location for a picnic on a sunny summer day.

Working on the path

At the end of this year, you will be able to cycle across the Brussels–Scheldt Maritime Canal following on from Boulevard Simon Bolivar/Simon Bolivarlaan and Rue Picard/Picardstraat for the first time. The Suzan Daniel Bridge will guarantee a safe crossing point for pedestrians, cyclists and public transport. And along Avenue du Port/Havenlaan, there will also be a new park as far as Sainctelette. Plenty to look forward to!

We climb gently through the Harbour District of Molenbeek. The entrance to Park L28 is located in front of Belgica. The name comes from railway line 28, the western circular railway that used to take freight trains to the sites of Tour & Taxis, Delhaize and the slaughterhouses of Cureghem/Kuregem.

This fresco by Anthea Missy pays tribute to women on bicycles. The work was done in collaboration with the progressive women's movement ZIJkant and the street art trail of the City of Brussels. Girl power!

The prestigious Art Deco building on this square was the town hall of Laeken/Laken until 1921, when the municipality merged with the city of Brussels for the expansion of the port of Brussels. Today you will find the House of Creation and a French-language library here, among other things.

This is the most important shopping street of Lower Laeken, comparable with the Rue de Brabant/Brabantstraat in the Northern Quarter and the Chaussée de Gand/Gentsesteenweg in Molenbeek. Shop till you drop – but remember you’ll have to take your purchases home on your bike!

The Monument to Labour

The sculptor Constantin Meunier spent decades here on his own. Today this place is bustling, especially on Wednesday afternoons and Saturdays when the summer bar is open. It's the perfect place for some refreshing drinks!

On the way back along Avenue du Port/Havenlaan, you can make a detour to the right to the BXL Pump Park. This is a circuit with humps and curves that follow each other in a rhythmic fashion. You could happily call it a mix of a BMX track and skate park – pure pleasure for children and adults alike. If you’re brave enough to give it a try, be sure to wear a helmet!